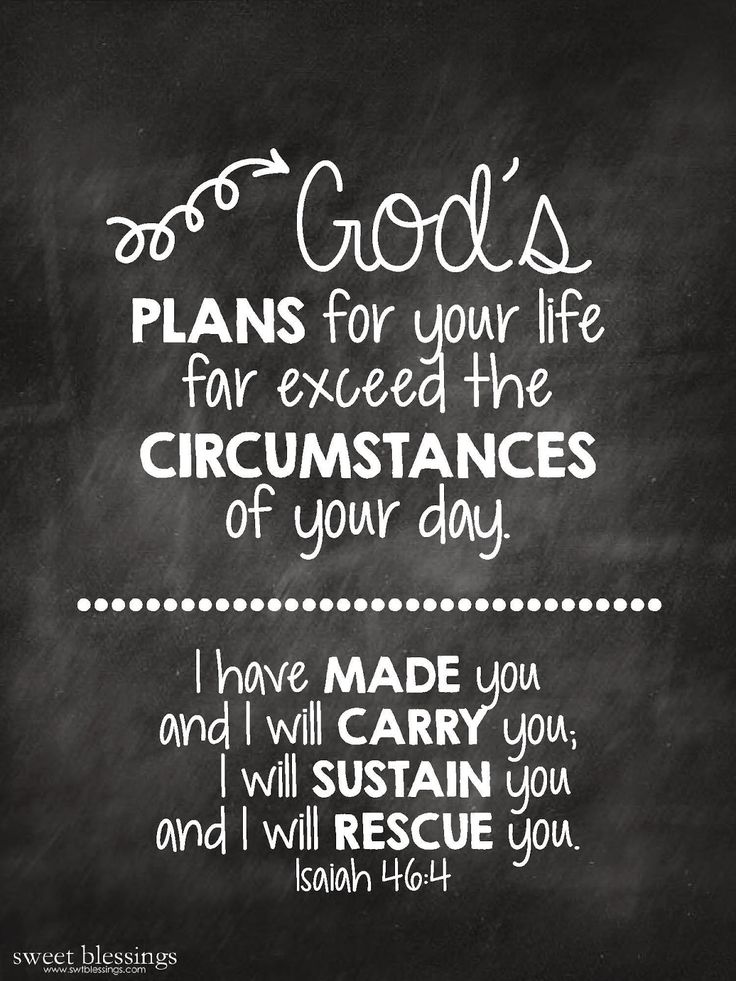 What does God tell us about His plan for us regarding sex???

Jesus said:
“Have you not read that He who made them at the beginning ‘made them male and female,’ and said, ‘For this reason a man shall leave his father and mother and be joined to his wife, and the two shall become one flesh?’ So then, they are no longer two but one flesh.” (Matthew 19: 4-6)

“Marriage is honorable by all, and the marriage bed pure, but God will judge the adulterer and all the sexually immoral.” (Hebrews 13:4)

REMEMBER!
Jesus “IS” the TRUTH.
He spoke truth to people for the purpose of SETTING THEM FREE!!

Jesus is NOT a homophobe anymore that he is an “adultryophobe!”
In other words, He is not scared of ANY sin.
It’s not about fear, it’s about sin.

We all have sin!

No matter what our particular sin is, Jesus paid the price for us to be forgiven.
We need to accept Him as the One who paid for our sins and then FOLLOW HIM (that means following what He teaches us in His Word, The Bible.)

To the women who was about to be stoned because she was caught in the act of adultery, Jesus said,

One by one, the people walked away.

Then, Jesus said, “Neither do I condemn you; go and sin no more.” (John 8:11)
“If we say that we have no sin, we deceive ourselves, and the truth is not in us. If we confess our sins, He is faithful and just to forgive us our sins and to cleanse us from all unrighteousness . If we say that we have not sinned, we make Him a liar, and His Word is not in us.” (1 John 1:8-10)

~YOU~ ARE LOVED BY YOUR CREATOR!

Most of us have heard about the cities of Sodom and Gomorrah.

Read what God said about Sodom and Gomorrah.
CLICK THE LINK BELOW:

God is Love, God is Holy, God is Righteous and God is Just.

Because of His Love for us, His creation, He warns us in His Word, The Bible.

He warns us that because He is Holy, Righteous and Just, He has to judge our sin.

This is what God’s Word says to all of us…

“The wrath of God is being revealed from heaven against all the godlessness and wickedness of people, who suppress the truth by their wickedness, since what may be known about God is plain to them, because God has made it plain to them. For since the creation of the world God’s invisible qualities—his eternal power and divine nature—have been clearly seen, being understood from what has been made, so that people are without excuse. For although they knew God, they neither glorified him as God nor gave thanks to him, but their thinking became futile and their foolish hearts were darkened. Although they claimed to be wise, they became fools and exchanged the glory of the immortal God for images made to look like a mortal human being and birds and animals and reptiles. Therefore God gave them over in the sinful desires of their hearts to sexual impurity for the degrading of their bodies with one another. They exchanged the truth about God for a lie, and worshiped and served created things rather than the Creator—who is forever praised. Amen. Because of this, God gave them over to shameful lusts. Even their women exchanged natural sexual relations for unnatural ones. In the same way the men also abandoned natural relations with women and were inflamed with lust for one another. Men committed shameful acts with other men, and received in themselves the due penalty for their error. Furthermore, just as they did not think it worthwhile to retain the knowledge of God, so God gave them over to a depraved mind, so that they do what ought not to be done. (Romans 1:18-28)

“There is a way that seems right to a man, but the end is the way of death.” (Proverbs 16:26)
“Do you not know that the unrighteous will not inherit the kingdom of God? Do not be deceived. Neither fornicators, nor idolaters, nor adulterers, nor homosexuals, nor sodomites, nor thieves, nor the greedy, nor drunkards, nor slanderers, nor extortioners will inherit the kingdom of God. And such were some of you. But you were washed, but you were sanctified, but you were justified in the name of the Lord Jesus and by the Spirit of our God.” (1 Corinthians 6:9-11) 🙂

“Flee from sexual immorality. All other sins a person commits are outside the body, but whoever sins sexually, sins against their own body.  Do you not know that your bodies are temples of the Holy Spirit, who is in you, whom you have received from God?” (1 Corinthians 6:18, 19)

“Lay aside all filthiness and overflow of wickedness, and receive with meekness the implanted word, which is able to save your souls. But be doers of the word, and not hearers only, deceiving yourselves. For if anyone is a hearer of the word and not a doer, he is like a man observing his natural face in a mirror; for he observes himself, goes away, and immediately forgets what kind of man he was.” (James 1:21-24)

I assure you that Satan DOES NOT want us to turn away from our sin!!
Satan knows where his final destination will be.
AND
Satan knows that his time is short!
He wants to take as many deceived people with him as he can possibly take!
“Submit to God, resist the devil and he will flee from you. Draw near to God and He will draw near to you. Cleanse your hands, you sinners; and purify your hearts, you double-minded.”
(James 4:7, 8)

God is waiting for you with His arms open wide!

Just like Jesus, I LOVE my friends and extended family members who are currently practicing a homosexual lifestyle.

I am SO VERY thankful that God disciplines those whom He loves.

“The Lord disciplines the one he loves.” (Hebrews 12:6)
He disciplines me, you and all of us because He loves us.

This reminds me of how I also love my son.
Recently, my son had done something that really disappointed me….
The FIRST THING that I told him was…
I LOVE YOU son!  Forever and ever, with my whole heart, no matter what!
It was important that he know that my love for him will NEVER waver.
Then and only then did I discipline him out of my love for him.
If I didn’t care about him, I wouldn’t bother teaching him lessons, using opportunities to build his character or help him become a responsible young man of integrity.

God is our example as parents.
God disciplines those whom He loves.
“My son, do not despise the Lord’s discipline, and do not lose heart when he rebukes you, because the Lord disciplines the one he loves, and he chastens everyone He receives.”
(Hebrews 12:5,6)
God loves me and God loves

More that you can even imagine!!

There is ONE Savior for ALL OF US.
His name is ~JESUS~

He can change your life!

Jesus can make you whole again!

Jesus died for me and for YOU!
This is what Jesus says to all of us…
“Greater love has no one than this, than to lay down one’s life for his friends. You are My friends if you do whatever I command you. No longer do I call you servants, for a servant does not know what his master is doing; but I have called you friends, for all things that I heard from My Father I have made known to you.” (John 15:13-15)
Jesus wants to be our CLOSEST friend.
The video below provides some loving truths.

The life experiences of this women is AMAZING!!! GOD IS AMAZING!!

REMEMBER…..
Satan is the father of lies!
It makes me SO angry to see the lies that he is telling people; Especially the younger generation!
“He (satan) was a murderer from the beginning and does not stand in the truth, because there is no truth in him. When he speaks a lie, he speaks from his own native language, for he is a liar and the father of it.” (John 8:44)

Jesus tells us the truth BECAUSE HE LOVES US!
What kind of love is it to stay silent and not tell us that we are headed for the deadly waterfall?
That would be FALSE love.
“Satan himself transforms himself into an angel of light.” (2 Corinthians 11:14)
“The great dragon was cast out, that serpent of old, called the Devil and Satan, who deceives the whole world.” (Revelation 12:9)
Satan lives to deceive God’s children.
US!!
Don’t bow before his throne!
~Your eternal life depends on it~
You are SO VERY PRECIOUS to God.
It doesn’t matter where you have been, what you have done or what has been done to you.
Your Heavenly Father LOVES YOU and He has His arms open wide for “YOU!”
God forgives homosexuality just as He forgives all sexual sin when we ask for forgiveness and turn away from our sin.
So…………
RUN
RUN
RUN
to YOUR God and Savior, Jesus Christ.
Ask Him to forgive you; Then, go and sin no more.
“If we say that we have no sin, we deceive ourselves, and the truth is not in us.
If we confess our sins, He is faithful and just to forgive us our sins and to cleanse us from all unrighteousness.” (1 John 1:8,9)
You will need God’s strength!
He is Faithful to help you!!

The Lord will deliver you♡

Read God’s Word to strengthen you and change you from the inside out!

Meet with strong Christians to help you as you start living your NEW LIFE IN CHRIST!!!

Theme by Anders Noren — Up ↑